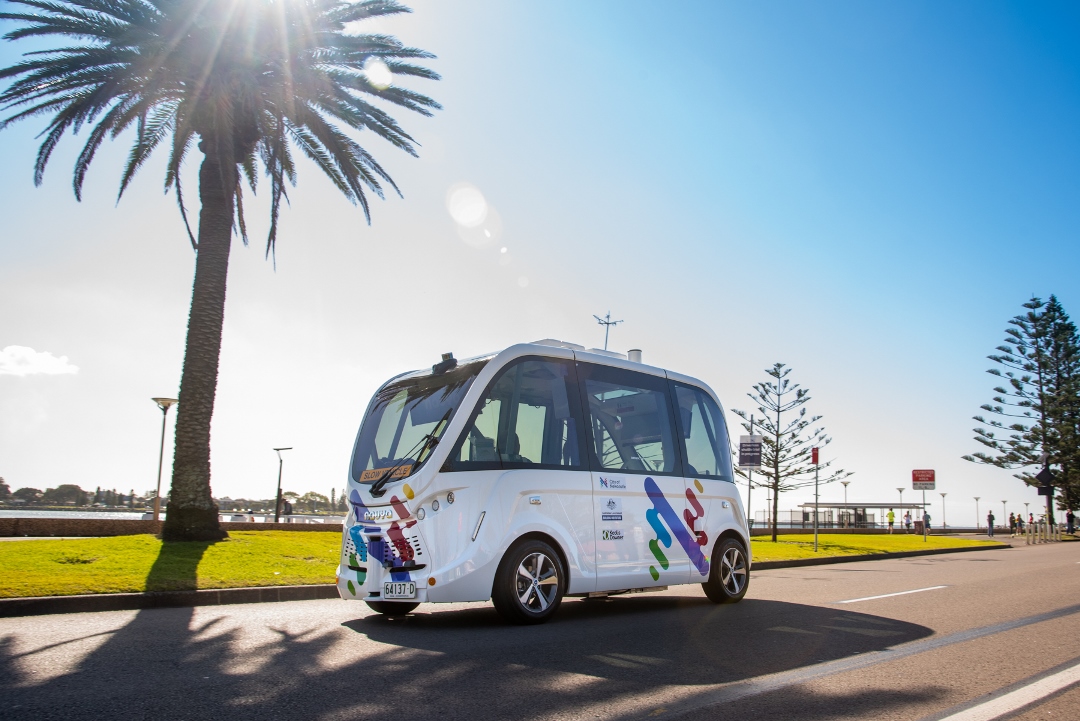 The trial will operate along Wharf Road between the Watt Street and Nobbys Beach roundabouts on weekdays between 10am and 2pm, providing a useful connection for locals to go to points of interest and connect to the public transport network.

Keolis Downer CEO, David Franks, encouraged Novocastrians and visitors to take part in the trial over the coming months.

“It is very exciting to see the shuttle operating on road alongside other traffic and we are delighted to partner with the City of Newcastle to gather more insights on this technology. We encourage everyone to take a ride and share their feedback.”

“When the shuttle was out in November last year during the Newcastle 500, we received over 100 responses across the weekend.” “Over 90% of participants opinion of driverless shuttle improved after enjoying a ride.”

A chaperone will always be on board to monitor the environment, the vehicle performance and provide information to passengers.

The driverless shuttle has undergone rigorous safety planning and testing to operate on public roads. The shuttle will operate along Wharf Road at around 20km per hour.

“Through Keolis, we have been operating driverless shuttles since 2016 in Lyon, France. The shuttle is now an integral part of the multimodal network. We are keen to accelerate the deployment of this technology in Australia, and better understand the role autonomous shuttles can play in people’s door to door journeys”, said Mr Franks.

Measures will be in place throughout the trial to limit the spread of coronavirus and ensure the safety of customers, including additional cleaning across the day, automatic doors and a maximum of 3 customers onboard the 11-seater vehicle.

The trial is being funded through a $5 million grant won by the City of Newcastle in Federal Government’s Smart Cities and Suburbs Program.

To find out more or participate in the survey, go to http://newcastlesdriverlessshuttle.com.au

Keolis has been operating autonomous vehicles since 2016 and has transported over 200,000 passengers. With 40 deployments worldwide and more than and 100,000 kilometres covered, Keolis is an expert in testing all aspects of safety, operations, technology and integration into the public transport offer.

Keolis Downer is leading the way in the operations of autonomous vehicles, through the many trials that were conducted in Australia: La Trobe University in Melbourne (2017), Flinders University in Adelaide and Sydney Olympic Park.

Keolis Downer is a leading operator and integrator of public transport in Australia. With more than 4,000 employees and a presence in five states, Keolis Downer enables 250 million passenger journeys per year. We operate and maintain the largest tram network in the world in Melbourne (Yarra Trams), the light rail network on the Gold Coast (G:link), and more than 1,200 buses in NSW, Western Australia, South Australia and Queensland.

Established in 2009, Keolis Downer is a joint venture between Keolis, a leading public transport operator established in 16 countries, and Downer, the leading provider of integrated services in Australia and New Zealand. 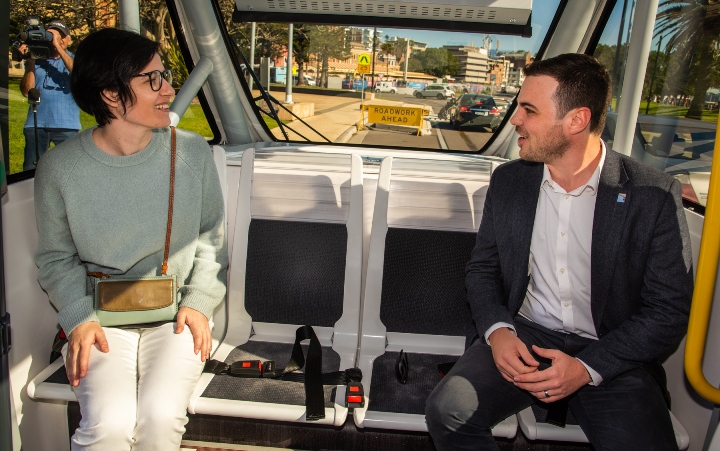