ANTIMICROBIAL CURTAINS, ANOTHER MARCOPOLO BIOSAFE SOLUTION FOR SAFETY AND HEALTH IN TRANSPORT 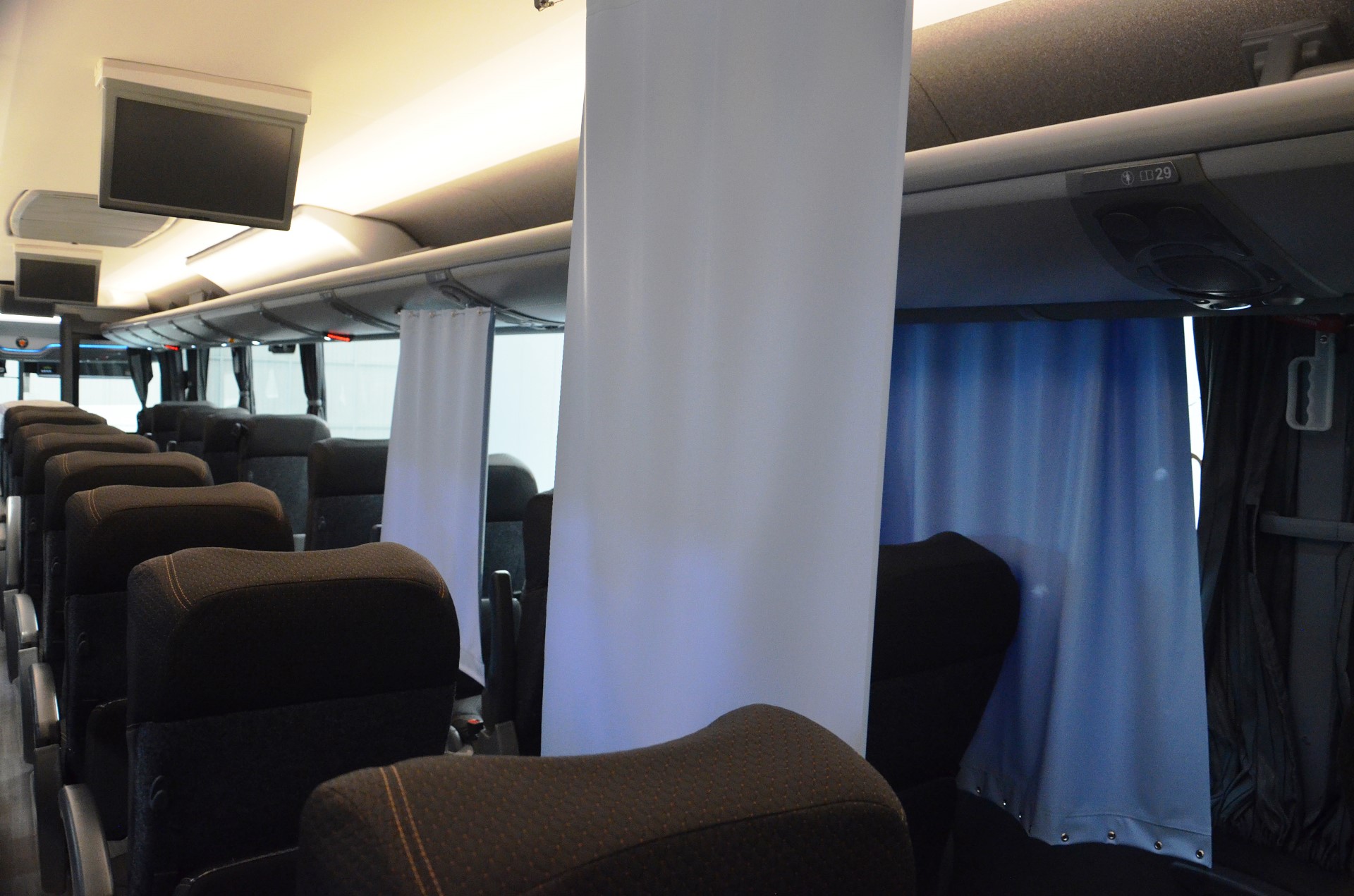 ANTIMICROBIAL CURTAINS, ANOTHER MARCOPOLO BIOSAFE SOLUTION FOR SAFETY AND HEALTH IN TRANSPORT

Yet another initiative by Marcopolo BioSafe, a platform of solutions that brings innovation and technology together to preserve the health and safety of users and promote resuming the passenger transport segment, Marcopolo now offers unprecedented antimicrobial curtains to be installed on its customers´ buses.

Developed to prevent contagion and prevent the proliferation of microorganisms, the product is innovative because it involves the use of a “smart” material, which is thin and lighter than conventional material, which prevents the proliferation of fungi and bacteria, preventing its growth, as long as its surface is properly sanitized. Another advantage of the antimicrobial curtain is how easy it is to clean, due to its base material (a flexible PVC laminate).

According to Luciano Resner, Engineering Director at Marcopolo, the action obtained by the antimicrobial curtain is due to the additives contained in the material used to make the product. “In addition, the curtain manufacturing process uses a welding method on its edges. Thus, the possible propagation of droplets through the seam holes is eliminated”, he analyzes. The executive explains that it is important to properly clean the curtains with soap and water or sodium hypochlorite, according to the frequency of use of the vehicle, so that there is no accumulation of dirt on the surface, as fungi and bacteria can start to feed on the residues and anchor themselves into the dirt to grow.

The antimicrobial curtain is already widely used in Healthcare, more specifically, it is used in hospitals for confining patients in intensive care units. The data regarding the efficiency rate of the antimicrobial material and its effectiveness will be confirmed by the laboratory tests that are being carried out in partnership with Universidade de Caxias do Sul.

Rodrigo Pikussa, Director of Marcopolo´s Bus Business, comments that this is another initiative that reinforces Marcopolo’s concern with people. “Our actions, since the beginning of the pandemic, were based on the health and well-being of our collaborators and the communities where we operate. Now, with the onboard biosafety initiatives, we take an additional step to protect the users of our products, allowing the safe return of mobility”, he evaluates. The executive adds that in addition to helping make vehicles safer during the Covid-19 pandemic, this new feature is a legacy that Marcopolo intends to leave in its vehicles.

Use on new and used Marcopolo models and even other brands

Due to its easy adaptation, the set of antimicrobial curtains will be commercialized to both domestic and foreign customers, for all Marcopolo, Volare and Neobus body models, such as intercity, road and urban models. It can also be installed in vehicles in operation, including those of other brands. The antimicrobial curtain is supplied as kit for installation and takes aspects such as ease of installation, cleaning, maintenance, safety and low cost into account. 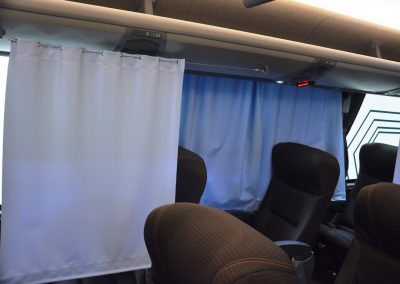 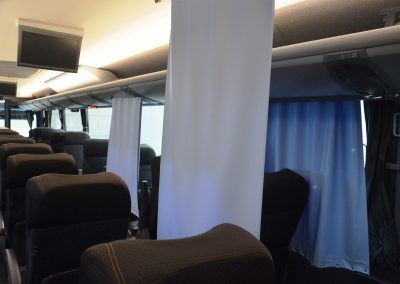 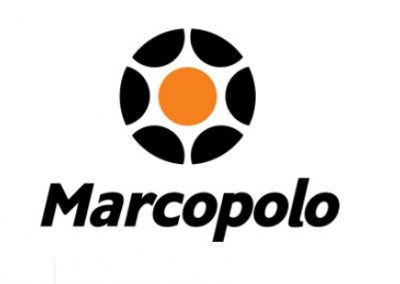