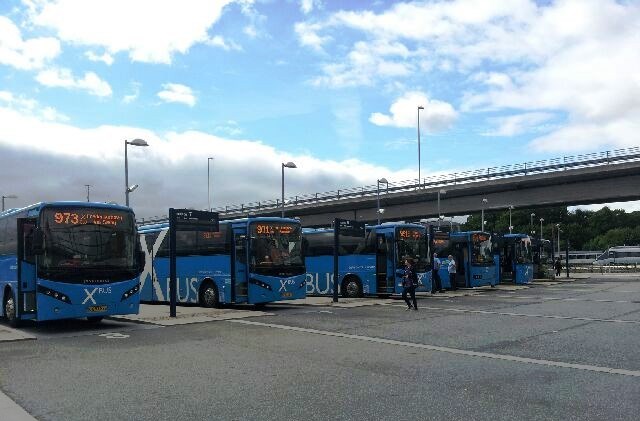 Keolis has been awarded a bus contract worth €190 million1 by Nordjyllands
Trafikselskab (NT), the public transport authority of the Northern Jutland region in
north-western Denmark. The contract will start in August 2021.
 The Group will operate and maintain a total of 77 buses — including 67 fully fossilfree
vehicles — and serve a population of 500,000 in the city of Aalborg and nearby
towns.
 This renewed partnership with NT expands Keolis’ 13-year presence in Northern
Jutland and cements its status as one of Denmark’s leading bus operators. The Group
operates around 500 buses in 10 Danish cities as well as the first light rail network of
the country in Aarhus and will soon run a second light rail network in Odense.
Bernard Tabary, CEO International, Keolis Group said: “We are pleased to deliver high-quality,
largely fossil-free transport to the people of Northern Jutland—and particularly proud of the trust the
region’s public transport authority has placed in us by renewing our contract and adding a new one
to the mix. A greener planet is everyone’s responsibility, and we will continue to play our part.”
21 December 2020 – Nordjyllands Trafikselskab (NT) has once again chosen Keolis to operate two
bus networks, now combined into a single contract. The contract entails the renewal of Keolis to
operate and maintain 67 buses from August 2021 to August 20312 and the award of the operation
and maintenance of an additional 10 buses from August 2021 to August 20263. In total, the contract
is worth around €190 million.
Under the contract, Keolis will serve 500,000 people in Northern Jutland in north-western Denmark.
The network serves Aalborg, the region’s capital, connecting all towns in Northern Jutland with the
city as well as a university, a major hospital, due to open in 2022, and an airport for domestic and
international flights.
The network features 25 lines, one main depot and 14 smaller ones, for parking, washing and
refuelling vehicles.
The 77 buses, including 65 new Scania-made buses, will travel nearly 10 million kilometres a year,
with 67 running on renewable energies4. 32 of the Scania-made buses will operate as express-line
buses. Designed to enhance the passenger experience, these are equipped with amenities such as
wi-fi and power outlets.
Keolis will welcome 75 new employees with this contract.
1 Cumulative revenue
2 possible extension of up to four years
3 with a possible one-year extension
4 Hydrogenated Vegetable Oil (HVO)2

Keolis in Denmark
Keolis has provided transit services in Denmark for 13 years, operating some 500 buses in 10 cities.
The Group also offers other transport services in the country and will soon be operating two light
rail networks. After launching Denmark’s first light rail network in Aarhus in December 2017, Keolis
was awarded a 2018 contract to run a second in Odense, scheduled to launch in 2021.
In June 2021, Keolis will begin operating and maintaining 47 buses — 32 of them electric — in
Zealand and Falster (Greater Copenhagen), under a ten-year contract. This fleet will strengthen
Keolis’ status as one of the largest zero-emission operators in Denmark, where it employs around
1,600 people.

Some 23,000 buses and coaches worldwide
Keolis operates around 23,000 buses and coaches worldwide—from urban to suburban service,
from rapid transit to shuttles, and from mass transit to school transport and tourism. Around 4,000
of these vehicles run on alternative energies such as electricity, natural gas, bio-natural gas and
hydrogen. In December 2020 alone, Keolis launched 384 fully electric buses in Norway and the
Netherlands. 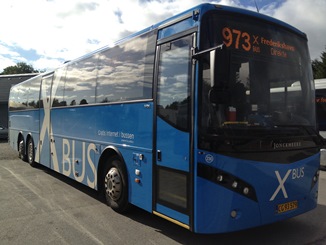