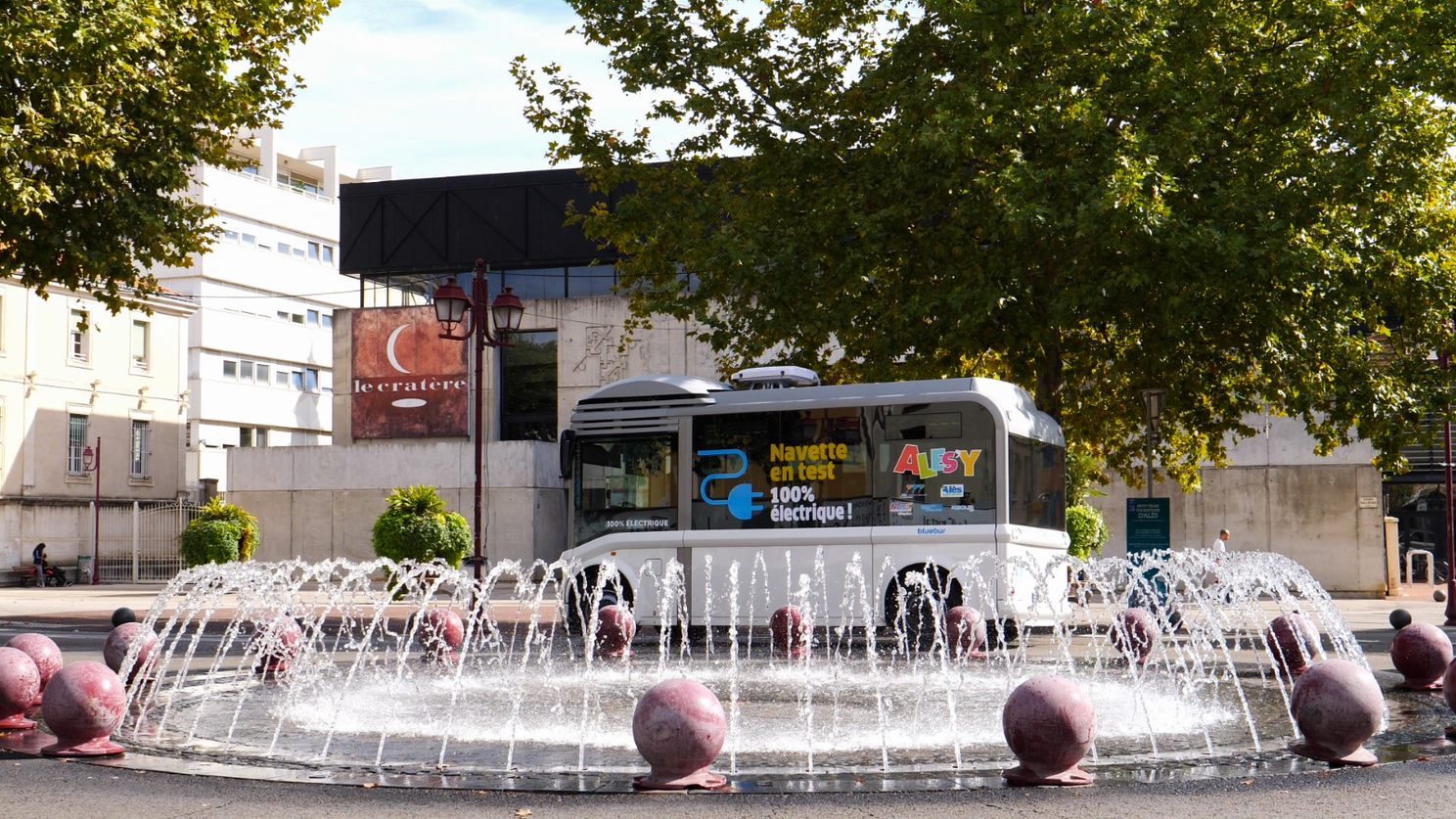 Keolis obtains the renewal of the public transport contract in Alès, France, and will test a 100% hydrogen bus

▪ On 3 December 2020, the Syndicat Mixte des Transports du Bassin d’Alès (SMBTA), in France’s Gard department, renewed its trust in Keolis for the operation and maintenance of its entire NTecC public transport network, which will be renamed Ales’Y from 1 April 2021. All mobility services will be refashioned under this new name: Ales’Y by Bus, Ales’y Carpool, Ales’y by Bike and Ales’y by Scooter.
▪ This new public service concession, lasting nine years and eight months, began on 1 January 2021 and will generate cumulative revenue of over €120M.
▪ Between now and the end of the contract, Keolis, whose objective is to increase network ridership and commercial revenues by 28%, will support the conurbation in the energy transition of its vehicle fleet, which will notably result in the deployment of France’s first public carpooling network, the development of new mobility services and the introduction of a hydrogen-powered bus.

A wider, more sustainable transport offer, with the trial of a hydrogen-powered bus
Intended to serve the city of Alès and 101 other municipalities of the SMBTA, which has 147,000 inhabitants, the current network, called NTecC, is structured around 113 lines1 (13 urban, 25 suburban, 8 lines serving the markets, 60 school lines and 7 on-demand transport routes), city centre electric shuttles, and an electrically assisted bicycle rental service.
In order to respond more precisely to the mobility needs of this partly rural area, the future transport network, which will be called Ales’Y as of 1 April 2021, will evolve by integrating 25 additional lines and will benefit from numerous developments including:
▪ The doubling of the electrically assisted bicycle fleet, with the integration, in January 2021, of 100 additional bicycles, bringing the fleet to 200 bicycles.
▪ The conversion of city centre shuttles into free of charge, 100% electric vehicles, Following the launch of two shuttles in 2020, a third one will be added to the free city centre shuttle service.
▪ The launch of the first public carpooling network in spring 2021, structured around 10 main traffic routes in the region, with the aim of reducing the number of daily private cars on the road. Municipalities located on these routes will have a pick-up/drop-off point for carpooling or bus stops that will be served by the driver, who will be compensated for each journey made with at least one person.
▪ The provision of a service of 50 electrically assisted scooters, to be paired with the launch of the carpooling network to allow people sharing a ride to benefit from a transport solution for the “last mile” of their journey.
Additionally, to support the conurbation in its desire to accelerate the energy transition in its region, Keolis will initiate an evaluation process for vehicles running on alternative fuels. From May 2021, a first 100% hydrogen bus will be trialled on lines 1 to 4 of the network.
A more connected, more digital passenger network
Symbolising the modernisation of the network, passengers will be able to benefit from the Ales’y mobile app from spring 2021. Passenger information will be significantly enhanced through this app, which will in particular enable customers to obtain real-time information about the next bus passages.
Eventually, the entire fare range will go paperless and will be accessible directly on the website or on a smartphone (m-ticket).
Key figures for the future Ales’y* network

* These figures include subcontracting, carried out by La Coop Voyageurs 30, Ambulances des Gardons and Alès Taxis.