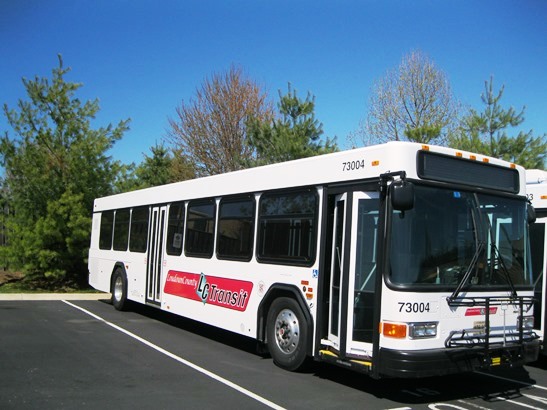 US: Keolis awarded a new 5-year bus contract in Loudoun County, Virginia, extending its footprint in the region

•  Keolis was awarded a five-year contract by Loudoun County to operate and maintain a bus network in Loudoun County, Virginia, starting 1 April 2021.
• Worth approximately €83 million, this new contract further strengthens Keolis’ multimodal presence in Virginia, where it already operates a bus network and the Virginia Railway Express (VRE) commuter rail.
• It also represents another step in the growth of Keolis’ footprint in North America, where the Group also operates commuter rail, tram, and bus networks, as well as on-demand transport and paratransit services.

Bernard Tabary, CEO International at Keolis Group, said: “We are pleased to partner with Loudoun County and serve its communities through shared and equitable mobility. This new partnership underscores our localized growth and reputation as a trusted operator in Virginia. Loudoun County can be assured that we will combine our multimodal experience to provide reliable, safe and comfortable transport solutions to its residents and visitors, while enhancing the passenger experience.”

The Group will operate and maintain 117 buses. 64 commuter buses3 made by Motor Coach Industries (MCI) seating 55 passengers, 16 12-metre long Gillig-made buses and 37 Ford Cutaway buses for fixed route and paratransit services.
The services provided by Keolis are expected to carry 1.6 million passengers annually. Several factors contributed to Keolis being selected as top-ranked operator in Loudoun County’s competitive procurement process, including its expertise in enhancing maintenance processes and passenger experience across its global operations.
Improvements to the passenger experience aimed at restoring ridership to pre-Covid levels include better punctuality and stepped-up vehicle cleaning and disinfection.

Keolis will welcome some 120 new employees from the two existing operators ahead of the operational launch of the Loudoun County bus network on 1 April 2021. The handover between operators is underway with the aim of providing a smooth transition before the introduction of new measures to meet the evolving needs of passengers in the community.

Keolis in North America
Winning this contract expands Keolis’ footprint in North America where it has been present since 2002.
In the U.S., Keolis has won extensions to its contracts to operate commuter trains serving Boston (MBTA) and Washington, DC (VRE). and the surrounding areas. In July 2020 Keolis won a new bus contract in Prince William County, Virginia, followed by a new bus contract in San Bernardino County, California, in September 2020. Both networks were launched in the same year4.
In Canada, Keolis recently had its contract to run a bus network in Greater Montreal renewed for an additional 10 years. The company launched its first North American tram operation in Waterloo, Ontario, more than a year ago.
In North America, Keolis operates commuter rail services, a tram network, bus networks, paratransit services and real-time on-demand transport services in 21 cities and employs 6,300 people.