• On 11 February 2021, the Board of Directors of Île-de-France Mobilités, the public transport authority for the Paris Île-de-France region, awarded Keolis the operation and maintenance of two bus networks in the Yvelines department.
• The first contract, valid for eight years, begins on 1 August 2021. The bus network, consisting of 80 lines, will serve an area of 200,000 inhabitants in 24 municipalities of the Grand Paris Seine et Oise intercommunal district1.
• The second contract, valid for five years, begins on 1 January 2022. The bus network features 36 lines serving an area of 340,000 inhabitants comprising the municipality of Argenteuil and 11 municipalities in the eastern part of the Saint-Germain Boucles de Seine conurbation2.

Marie-Ange Debon, CEO of Keolis Group: “We are proud to have been chosen by Île-de-France Mobilités to improve everyday mobility in the west of Île de France. These two contracts, the first to be awarded to a new operator as part of opening up the bus networks of Paris’ outer suburban ring to competition, illustrate the confidence that Île-de-France Mobilités has in Keolis Group. We are already working on the takeover of these networks to offer a high-quality transport service to local authorities and their residents. As the leading public transport operator in the Yvelines department, this is another major step forward for Keolis’ development in the Paris Île-de-France region.”
A bus network to serve the Grand Paris Seine et Oise intercommunal district
This eight-year contract begins on 1 August 2021, benefitting the 200,000 inhabitants of the intercommunal district. The bus network will provide a service to 24 municipalities and will consist of 80 lines, half of which are school routes. More than 10 million kilometres will be covered each year.
Over the course of the contract, a new depot will be built at Carrières-sous-Poissy to accommodate 150 buses which notably run on natural gas. Another depot in Verneuil-sur-Seine will also be equipped to accommodate buses running on natural gas.

A bus network to serve Argenteuil and the eastern part of the Saint-Germain Boucles de Seine conurbation
This contract is valid for five years, with an option for an additional year, and begins on 1 January 2022. It will serve an area of 340,000 inhabitants, covering the municipality of Argenteuil and 11 municipalities in the Saint-Germain Boucles de Seine conurbation. The network will consist of 36 bus routes, which will cover an average of nearly 8 million kilometres per year.
The contract also provides for the introduction of 40 electric buses with the aim of supporting the energy transition of the region and promoting more sustainable mobility. A depot in Montesson – Les Rabaux will also be converted to accommodate buses powered by natural gas.

Keolis becomes Yvelines’ leading mobility operator and consolidates its position in Val-d’Oise
The attribution of these two bus networks has enabled Keolis to become the leading public transport operator in the Yvelines department. In this department, Keolis also operates the bus network which serves the municipalities of Versailles, Vélizy-Villacoublay and Saint-Cyr-l’Ecole on behalf of Île-de-France Mobilités. This network was completely reorganised in 2019.
Operating the bus network that serves the municipality of Argenteuil, in the Val-d’Oise department, has also enabled Keolis to consolidate its position in this department where the Group also operates the networks of Goussainville, Grand’R and Haut Val-d’Oise, as well as the Express bus line from Montmorency to Paris Charles de Gaulle airport (95.02 line), on behalf of Île-de-France Mobilités. 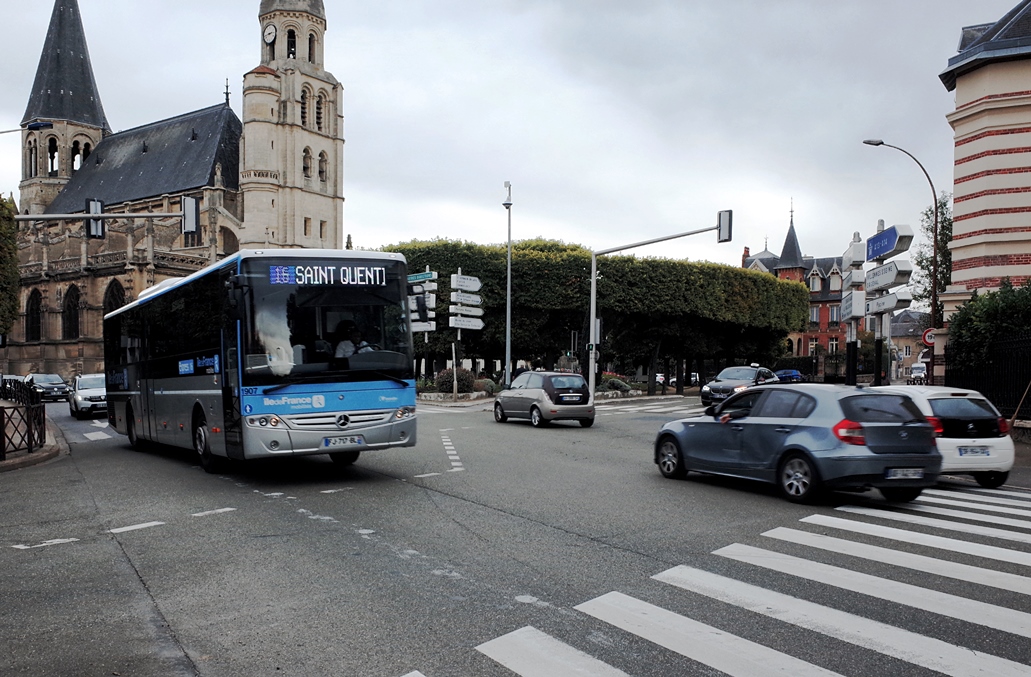