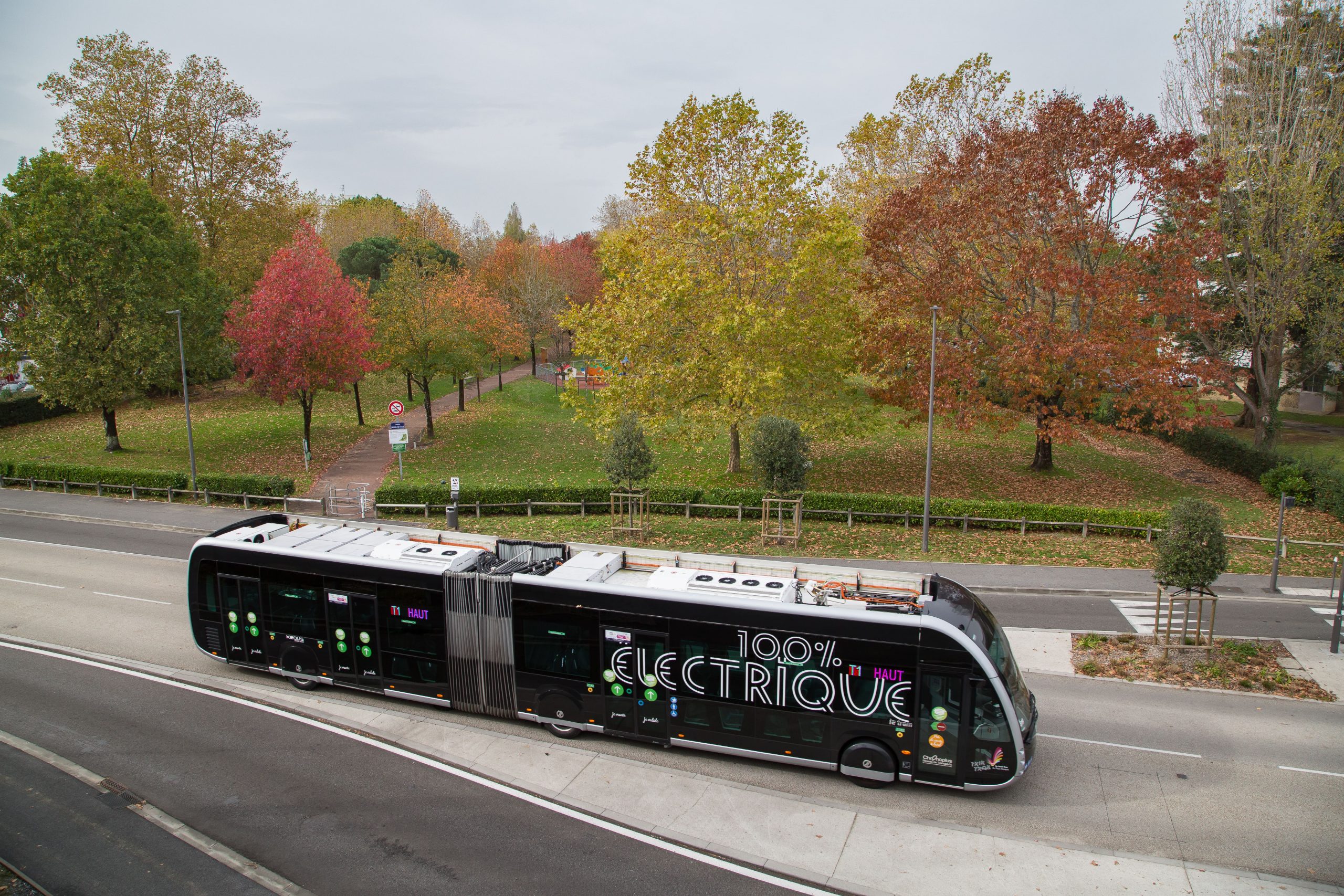 • The new line is 10 km long and features 24 stations and seven 100% electric vehicles which will carry approximately 90,000 passengers per month. This new line will increase the transport offer by 25% (more frequency) and with the objective of increasing ridership by 50%.

• The launch of this new 100% electric line confirms SMPBA and Keolis’ commitment to the energy transition. From now on, over 40% of the journeys on the Chronoplus network will be made on electric vehicles.

An innovative and structuring transport mode for the Chronoplus network
Keolis has operated the Chronoplus network since 2017, providing mobility services to 165,000 inhabitants in the Basque Country conurbation, which includes eleven municipalities1 in the south-west of France.
In addition to the two 100% electric BRT lines, the network includes 16 bus routes, 19 school lines, six free electric shuttle services, a transport for people with reduced mobility (TPRM) service, a river link and two park-and-ride facilities.
Launched on 26 April 2021, the second e-BRT line follows the same itinerary as former bus line 2, connecting the centre of Bayonne to the centre of Tarnos in 20 minutes.
The line is 10 km long and comprises 24 stations, five of which are connected to the first e-BRT line. It serves the main activity hubs in the conurbation, including three secondary schools, the town halls of Bayonne and Tarnos, shopping and leisure centres featuring cinemas and sports parks, the Basque Coast hospital centre, the Bayonne SNCF train station and the new Tarnos park-and-ride.
The seven vehicles of the fleet will run on an extended timetable (from 6am to midnight on weekends (11pm in the short term due to Covid-19 restrictions) and every day in summer, at 15-minute intervals during the day.

An enhanced passenger experience
Built by the manufacturer Irizar, these 100% electric vehicles are 18 metres long with a 150-passenger capacity, including 38 seats equipped with USB sockets. They emit no air pollutants and offer a considerable reduction in noise and vibrations.
The vehicles benefit from a dual charging system, fast if carried out at the terminus (5 minutes on average) or slower if carried out at the depot at night (3 to 4 hours).
The launch of the line has been organised to coincide with the overhaul of the 24 stations to facilitate access to the vehicles for people with reduced mobility, deploy passenger information terminals (displaying arrival times in real time) and install automatic ticket machines.
A park-and-ride facility has also been created at the Tarnos/Garròs station to encourage the use of public transport. The P+R is free for Chronoplus network users and has 400 spaces, 145 of which are dedicated to car sharing.

Keolis strengthens its commitment to the energy transition
Worldwide, the Group operates over 4,000 vehicles running on alternative energy, which represents about 20% of its total bus fleet.
In France, Keolis now operates five BRT lines running exclusively on alternative energy:
– In Amiens, a 100% e-BRT service with 43 vehicles launched in 2019, a first in Europe;
– in Bayonne-Anglet-Biarritz, two 100% e-BRT lines, with the first line launched in 2019 and the second on 26 April 2021;
– in Pau2, 100% hydrogen BRT line, a world first for an 18-metre vehicle at the end of 2019;
– in Sophia-Antipolis, a BRT line running exclusively on natural gas, launched in March 2020.
In Europe, Keolis launched two major electric bus networks in December 2020:
– in the Netherlands, with the largest electric bus fleet in Europe (246 e-buses);
– in Norway, with the launch of the 100% carbon-free bus network in Bergen (138 buses including 102 electric vehicles). 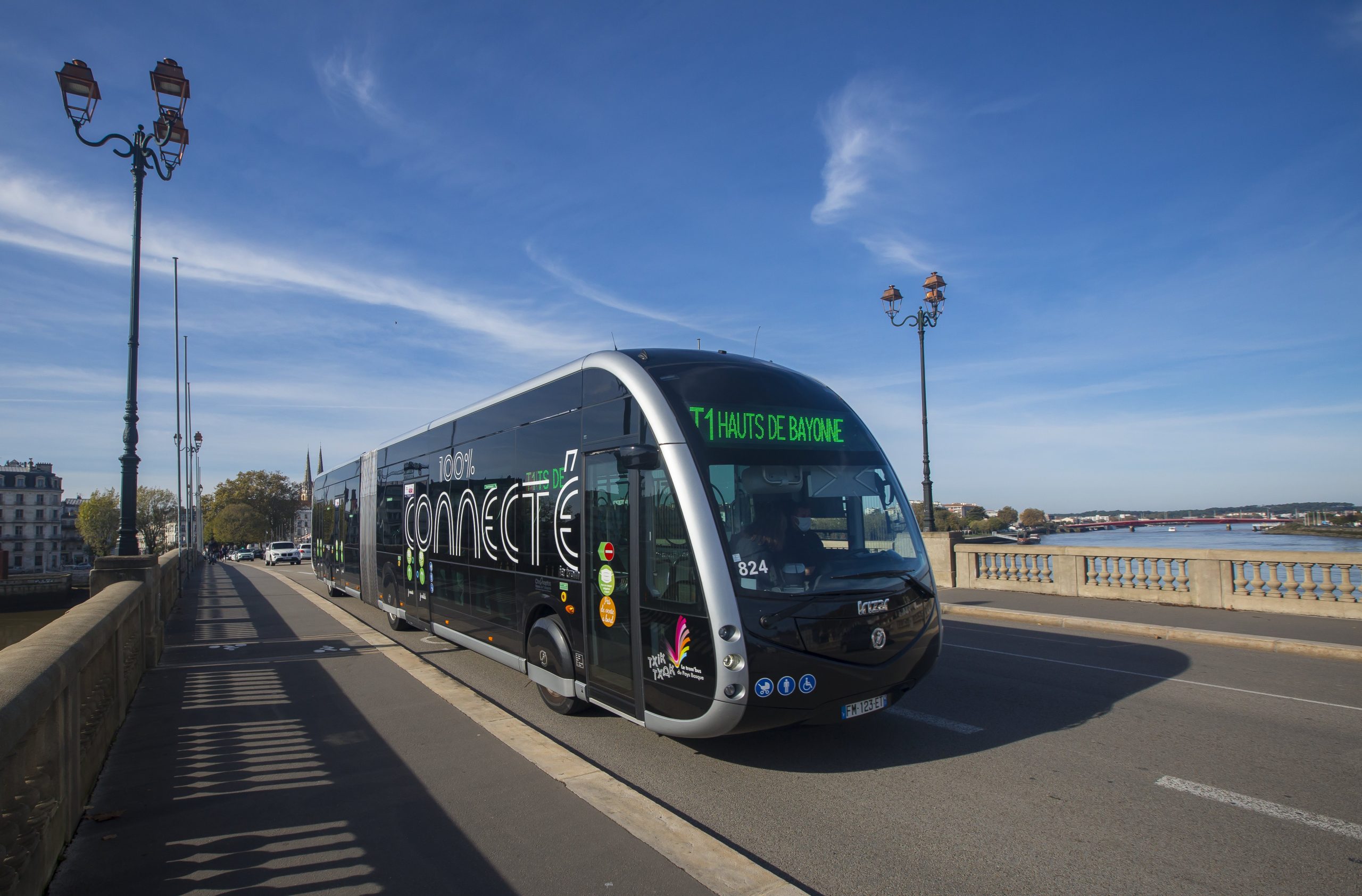