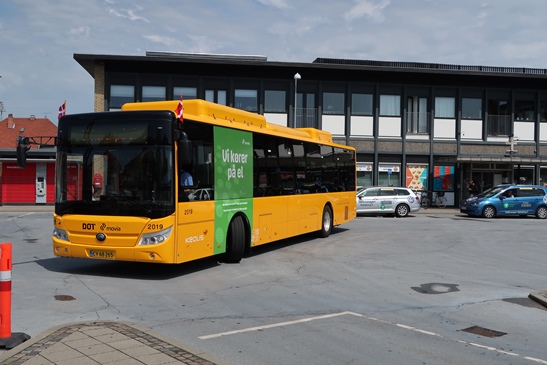 which will cut CO2 emissions by more than 5,500 tonnes per year

Keolis Danmark began operating and maintaining the Greater Copenhagen region’s bus network. This ten-year contract with a possible two-year extension is expected to generate a total income of more than €100 million.

In April 2020, Public Transport Authority Movia awarded Keolis a ten-year contract (with a two-year extension option) to operate and maintain the Greater Copenhagen region bus network. The network was launched on 27 June 2021 and includes 24 routes. It serves five towns1 on Zealand, the largest and most populous of Denmark’s islands with 2.5 million inhabitants, as well as the island of Falster.

The fleet comprises 59 buses, 42 of which are fully electric. The 5.9 million kilometres the partially electric fleet is expected to cover per year will translate into savings of some 4,500 tonnes of CO2 annually. For the launch, a new depot has been built in the south of the island (in Korsør), and three other depots2 have been equipped with the infrastructure needed to recharge the electric buses simultaneously. Night-time charging takes six hours, providing the vehicles with a range of around 350 km, depending on operating conditions.

In addition, the 160 drivers and maintenance personnel have all received special training focusing on safety, eco-driving and recharging, as well as preventive and corrective maintenance so they can operate and maintain these new buses.

In April 2020, FynBus extended Keolis’ contract for the Odense buses that the Group has been managing since 2015 for another four years – from August 2023 until August 2027. The contract provides for the operation and maintenance of 70 buses – 20 of which were replaced by fully electric vehicles between April and May 2021. These new buses will save around 1,020 tonnes of CO2 emissions annually.

In Odense, the existing depot has been equipped with electric infrastructure so the buses can be recharged during the night. Keolis’ 230 drivers and 12 members of the maintenance personnel have also received training on these new vehicles.

These electric buses will serve Denmark’s third largest city, home to over 180,000 residents. The urban network is made up of ten routes which will be adapted to provide optimum connectivity with Odense’s tramway network, which is currently under construction.

The Group has been operating in Denmark since 2007. It employs 1,600 people and operates around 500 buses in ten cities3, as well as the country’s first tramway network in Aarhus. Keolis is gearing up for the launch of a second tram network in Odense, scheduled to come into service in early 2022. 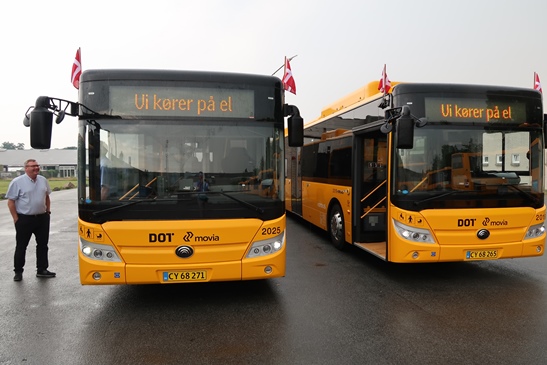