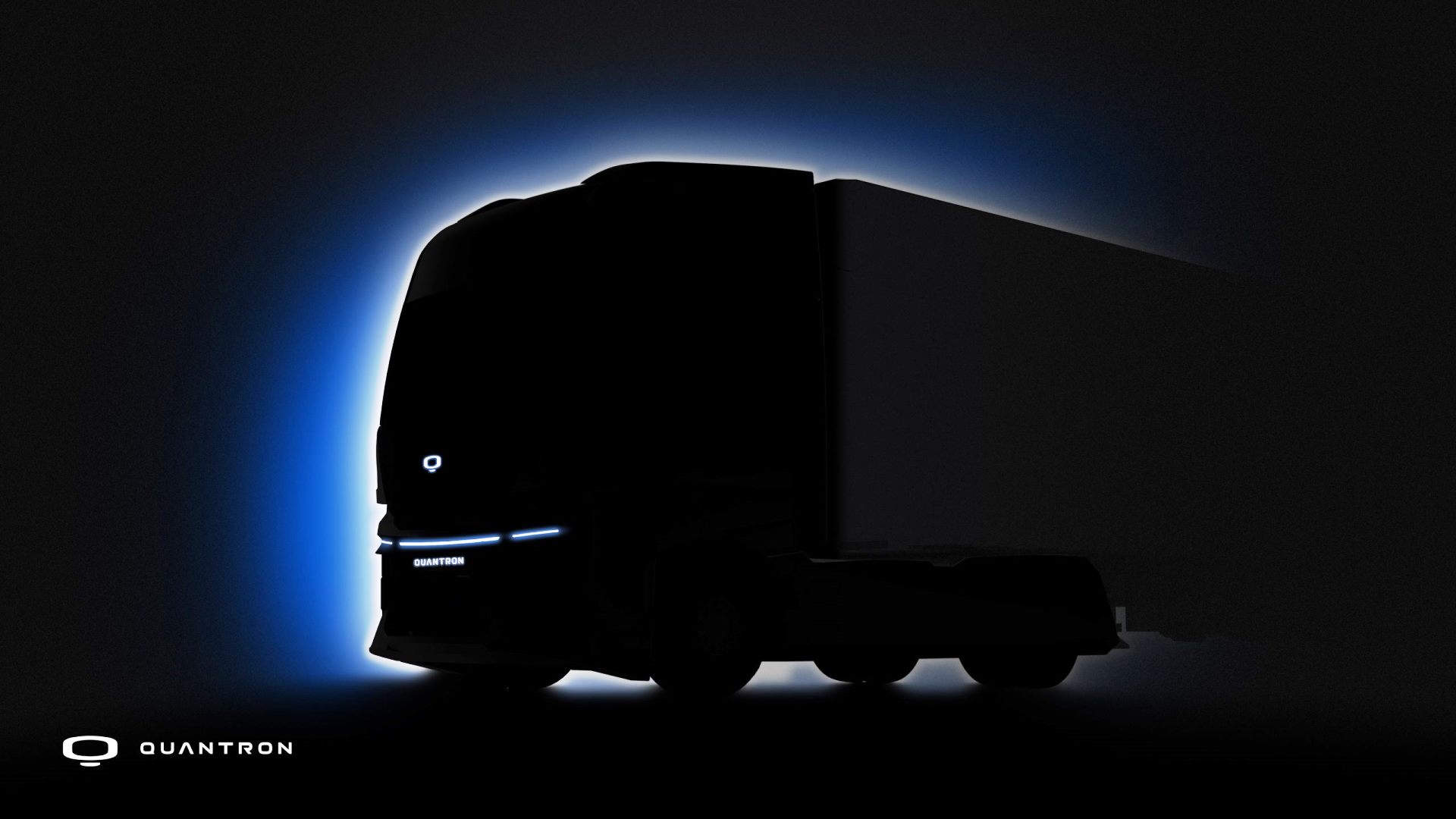 the world premiere of trucks with hydrogen and electric powertrains

The focus of the IAA TRANSPORTATION 2022 in Hanover in September is on the transformation of the commercial vehicle sector in the move towards emission-free drives. At the international press workshop organised by the VDA in Frankfurt today, the industry provided initial insights regarding where companies stand and what contributions they will have to make. Michael Perschke, CEO of Quantron AG, outlined preliminary information about the vehicles as well as the company’s planned developments during the press workshop.

Quantron AG, a specialist in sustainable passenger and goods transport, provides its customers with battery and hydrogen-electric mobility solutions which are tailored to meet their respective individual needs, depending on the required area of application. QUANTRON is presenting two new vehicles from the heavy-duty sector: a hydrogen-powered FCEV truck for long-distance transports in Europe and the all-electric QUANTRON QHM BEV 50-392.

The all-electric QUANTRON QHM BEV 50-392 based on the MAN TG3 (TGS & TGX) is new in the Quantron AG portfolio. The heavy truck can already be ordered by customers and is ideally suited for factory and distribution operations thanks to its low-noise and emission-free drive. The QUANTRON QHM BEV 50-392 is available in different configurations as a 4×2 and 6×2. It has a range of up to 350 km with a high-voltage 392 kWh battery and can be charged with power outputs of up to 350 kW. The first customers include companies that focus on sustainability and new technologies such as the waste disposal and logistics companies, Ansorge and DORR.

As a world first, Quantron AG is releasing details on the FCEV truck for the first time. The vehicle was developed as part of a strategic partnership with the world’s leading hydrogen expert, Ballard Power Systems, and features an integrated E-axle from a global Tier 1 propulsion leader. The FCEV truck will be available from the second quarter of 2023 onwards. The unique selling points, which are best-in-class in the existing competitive segment, include a range of up to 700 km, uncompromising suitability for everyday use with a cabin which provides drivers with overnight accommodation during long journeys as well as the option of using ISO standard trailers. The FCEV truck will feature a hydrogen tank capacity well exceeding 50 kg stored H2.

Both vehicles along with many other commercial vehicles from Quantron AG are financially supported and receive incentives in Germany with up to 80% of the additional costs covered through the government programme for the purchase of commercial vehicles with alternative drives. Applications for this can be submitted beginning from 29th June 2022.

In this context, QUANTRON has received the world manufacturer number with the initials “WCV” (“W” as standard for Germany, “C” for commercial, “V” for vehicle) from the German Federal Motor Transport Authority (KBA). QUANTRON thus meets all the requirements of an OEM but will act more as a partner on an equal level in cooperation with manufacturers for both battery-electric and hydrogen-electric solutions. Thanks to their low-noise and zero-emission drives, all-electric vehicles are ideal for inner-city passenger and goods transport. Green hydrogen is the most efficient sustainable fuel solution for long-distance and heavy-duty operations with high payloads. As part of its hydrogen offensive, Quantron AG is further expanding its 360-degree ecosystem Quantron-as-a-Service (QaaS). In future, QUANTRON wants to realise the production of green hydrogen and sustainable electricity and provide hydrogen filling stations and charging options. Through investment subsidies and tax benefits, the price of hydrogen per kilometre will correspond to the price of diesel per kilometre as early as 2024. In the following years, the kilometres driven using a hydrogen-powered drive will become even cheaper than diesel due to the increasing diesel CO2 tax and financing costs.

** All information refers to the current status as of June 2022. QUANTRON AG reserves the right to change the technical properties and specifications of its products without prior notice. The operating range was simulated according to WLTP and varies depending on the payload and driving profile.